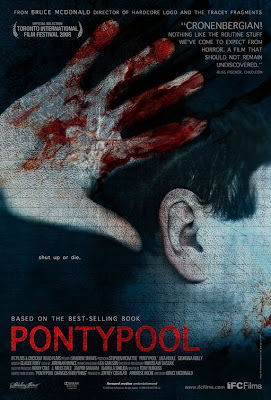 A psychological thriller in which a deadly virus infects a small Ontario town.

WOW! Pontypool is an wildly entertaining intellectual thriller. It is based on the novel by Tony Burgess "Pontypool Changes Everything" and it delivers. I don't think I have ever seen a movie that was able to entertain me just through sheer dialogue as much as Pontypool. The entire movie takes place in one location, a Radio Station. Grant Mazzy played by Stephen McHattie, is a cocky radio show host who has taken a new job at a small radio station after apparently being fired from his last one. When the boring radio turns out to be anything but boring, Grant takes to doing what he does best, and that is make an exciting and controversial radio show. McHattie drives this movie like a freight truck driver who has lost his brakes. The first part of the movie takes time to introduce characters, and just get the start of the story of what's going on outside the station. After that, it is nonstop verbal action as they try to figure out what is going on outside. The movie plays off the fear of not knowing. Thanks to voices of people calling in, and information streamed online to the station, the story is allowed to continue, and the audience knows just as much as the characters in the film. 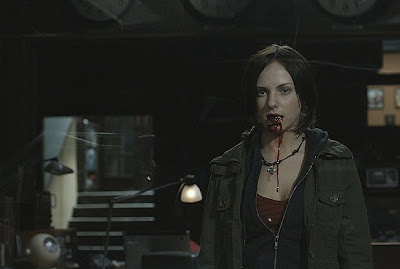 McDonald did an amazing job directing this film, and I think part of that was due to pacing. He takes an already amazing script by Burgess, and makes it even better. He only allows a small amount of information about what is happening each time an eye witness calls in. He could have went a different route with the film and turned it into an action movie, but he didn't, and I applaud him for it. He said he wanted to go with more of an H.G. Wells War of the Worlds effect, and he nailed it! That is exactly what it reminded me of. Not that I was alive then, but it reminded me of when War of the Worlds was cast over the airwaves causes widespread panic among the listeners who actually thought an alien attack was happening. The story is intense,and without saying too much, it involves a virus that is spread through the English language. It has to be one of the most creative viruses I have ever heard. While the idea has a few cracks in its theory, it is delivered fairly foolproof. 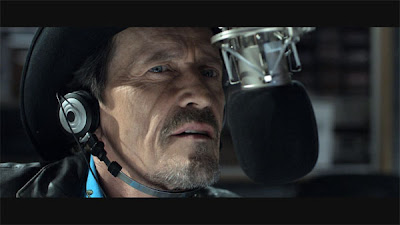 While there are only four main characters shown in the film, everyone did an amazing job. McHattie is definitely the ring leader, but the support he gets from Lisa Houle as Sydney Briar, Georgina Reilly as Laurel-Ann Drummond, and especially Hrant Alianak as the mysterious Dr. Mendez. Most of the rest of the cast is through call-ins to the station, and listening to them is such a strong and vivid part of the film. Their eyewitness accounts are intense! I couldn't stop watching, or listening to the film. I think McHattie deserves more lead roles, not that he wasn't an established actor before, but he showed some emotional range in this film that I had not seen from him before. Correct me if I'm wrong, because I haven't seen a whole lot of his movies. In this movie he has such a strong voice. He is like the Clint Eastwood of Radio DJs. Just hearing him speak the opening lines of the film with no picture gave me goosebumps. Great casting job! 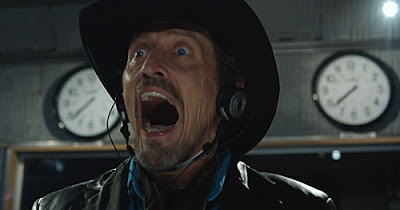 All in all, the film is solid, and I could watch it over and over again and wouldn't get sick of it. That is usually a good sign to me. I have been reading through some other reviews, and it occurred to me that this film might not be so widely accepted by people who do not enjoy reading. It is all about the dialogue, and I find people calling it boring because they were expecting more action. The thing is people, stop with the expectations! Everyone should go into any movie not expecting anything. You will be let down a hell of a lot less. The other thing, is for people to stop referring to this as a zombie film. The director himself said this is not a zombie film. A person has to die first then come back to life to be a zombie. There are zombie movies that involve viruses, and this is not one of them. This movie would be more on line with The Crazies. McDonald and Burgess go to great lengths to try and explain what the virus is, and when people are being eaten, it is not for the consumption of flesh, but for deterioration of mental stability. Listen for the explanation during the film. They do a much better job than I have. Everyone should own this film, and everyone should watch it all the time. That is my final verdict!

i just say this film, i was blown away... it was a different take on the whole zombie world...

thanks for the solid!
iZombie

Agreed. I really hope they put into production the sequels that Tony Burgess told me about in my Zed Word interview with him. Sounds like they might go a bit more balls-to-the-wall crazy.

A movie that a virus spread through language is so original. I met Bruce McDonald during the screening I went to and he refused to tell what the "virus" really was.

But thats the good thing. I still think its about American imperialism spread throughout the world but thats me.

Sure, good review. I'll check it out.

Great review man, McHattie was awesomely hilarious here, and this was certainly one of the biggest Independent surprises in the last few years 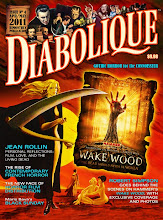